The Split in Recycling Collection

Recycling bins were often single containers encompassing multiple streams of material, primarily glass, paper, aluminium and plastic. This would then be collected as solid, mixed stream waste and taken to the MRF (materials recovery facility) for processing.

Use of mixed stream recycling bins has declined since the nineties but they can still be found in many commercial and public settings. 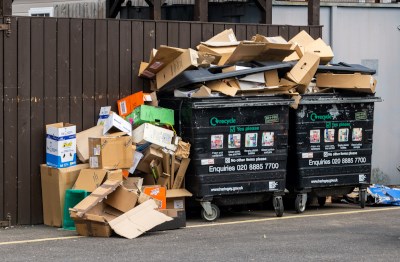 Why does splitting up waste streams matter, so long as waste is sent for recycling?

Mixed stream recycling was a good first step for encouraging domestic and commercial recycling. Containers were easy to deploy and use and they encouraged people to look more closely at the volume and types of waste they created and what should happen to it. The main downside for mixed stream recycling is that it reduces the amount of material that can be recycled.

Different colours of plastic can’t be put through the same reclamation process. Glass shatters during multiple journeys making it harder to recycle and at the same time it contaminates other sources. Additionally, some disposed material may have residual food waste on it that contaminates the other streams. When mixed waste arrives at the MRF, contaminated waste can’t be recovered.

A European Commission assessment of separate waste collection schemes found that the contamination rate of paper collected in mixed waste recycling bins is as high as 20%, compared with 1% in split streams, and produces lower quality material that cannot be used fully used for graphic paper recycling. 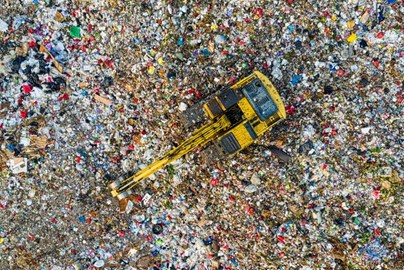 Processing facilities are built on the existence of mixed stream recycling. But even with automation, sorting mixed materials at a facility can work against overall sustainability as miles of conveyer belts, machinery and buildings are powered to house and sort the waste. Some specific waste streams, such as black plastics, still cannot be recovered through the Near Infra-Red (NIR) processes used to identify plastics. While these facilities undoubtedly increase the volume of waste being recycled, operations are still based on the mixed recycling process that facilitates substantial loss of recyclable materials.

Away from the practical there is the intent issue, people who put their waste into recycling containers expect that it will be recycled. If we want people to recycle more, then we need to narrow the gap between what they expect will happen and what does happen.

The Cost of Mixed Stream Recycling

The most recent Love Recycling survey found that more than a quarter of businesses still use mixed stream containers while 12% have no recycling provisions at all. This, in part, contributes to European Parliament data that shows 70% of plastic waste gets buried in landfills or incinerated.

The result of practices like these are contained in a 2019 coastal science study that found microplastic particles are now present in commercial salt brands, used in the preparation and consumption of food, in 38 different countries across five continents. The poor disposal of recyclable materials has got to a point where it has made its way into the very foundations of our food.

The Need for Multi-Stream Recycling Solutions

Multi-stream commercial recycling takes each part of the mixed stream process and drastically improves it.

Instead of placing sorting at the end of the waste process, where it is difficult and cost-inefficient, it places sorting at the very start of the process. Multiple streams that allow users to dispose of their waste in separate containers can virtually eliminate contamination risks.

This means waste collected in streams does not need to go through an intensive sorting process, or be dumped because it has become contaminated, and more of it can be properly processed for recycling.

Multi-stream recycling solutions also delivers on the intent of the user. When somebody at a facility places an empty can into the specific aperture of a multi-stream recycling unit, the distance between their expectation of what will happen to that can, and what does happen to it, is closer than it was before.

If your business or facility wants to do more to improve your recycling, RCP Recycling Stations, including the Slim Jim and Configure ranges, have split stream functionality built into their core. Durably designed with multiple signage options and stream specific lids and apertures, they allow you to take control of your facility’s recycling processes.